Recently, I was attending a webinar highlighting the importance of “Design thinking” for start-ups. One of the panelists mentioned Jugaad’s philosophy and it inspired me to re-write my previous article on “Jugaad – a frugal & flexible way to innovate” with the context of the current pandemic of Covid19.

As most of you are aware that I always touch upon topics that relate to either Entrepreneurship, Retailing, Brand management & Leadership. I feel, my current topic would help upcoming entrepreneurs to start their ventures in the most economical way.

Jugaad is a Hindi word that loosely translates as “the gutsy art of overcoming harsh constraints by improvising an effective solution using limited resources.” 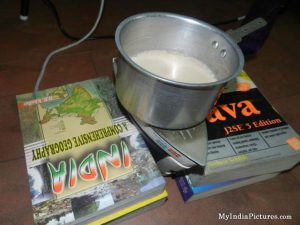 Jugaad is based on six fundamental pillars:

Jugaad during times of covid19

Looking at the positive side of the pandemic, it has made people more creative.

Check the picture of one of the elevators wherein the toothpick is being used to press the floor buttons in order to avoid surface touches. 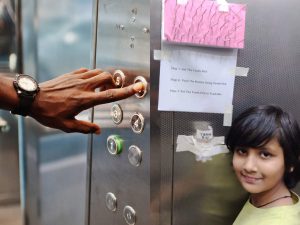 To cater to the emergencies of hospitals in terms of beds, an Indian company has designed beds made of cardboard boxes. Watch the video here. 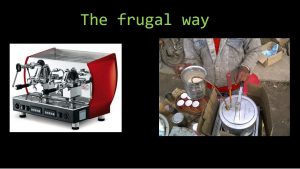 Jugaad innovators don’t use linear, pre-planned, time-consuming R&D processes. Rather, they rely heavily on rapid prototyping techniques — i.e., they collaborate intimately with customers and use their constant feedback to zero in on the most relevant product features.

Jugaad innovators are highly resourceful in the face of scarcity. Unlike many Silicon Valley entrepreneurs, raising capital is the least of their worries.  The practitioners of Jugaad work with what they have got.

Kanak das, a resident of North East Indian state, grew riding his bicycle on roads full of potholes & bumps, rather than complaining, he turned this constraint to his advantage by retrofitting his bicycle with a makeshift device that converts the shocks received from bumpy roads to kinetic energy which accelerates the bicycle…. Allowing his bicycle to run faster on bumpy roads.

In 1980, a businessman Mr. Tulsi Tanti set up a textile unit in Surat, sooner he found himself facing the bottlenecks like power shortages.

Alternatively, He compensated by producing power through generators but resulted in very high running costs due to high fuel prices in India.

His profit margin was a mere 5% wherein his power & fuel bill used to run up to 45-50% of overall operating costs.

Mr. Tanti immediately moved towards wind power by installing air wind turbines in his unit, resulting in uninterrupted power supply and reduced operating costs. (Also the initial investment of installing wind turbines were recovered in the first year itself from the savings generated from power & fuel costs).

Mr. Tanti realized the power of wind turbines and industry in feeding the power-starved country and its rural villages.

This very thought gave birth to a business whom we have known as “Suzlon wind”.

Learn how to make your brand stand out from the clutter, read here. 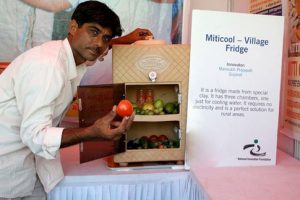 He noticed that they were left with no source of providing residents with cool water options.

Being a clay artisan himself, he developed the world’s first sustainable, eco-friendly refrigerator “Mitti-cool”.

Mitti means clay, his refrigerator is divided into two chambers, the water from the top chamber seeps through the inner sidewalls, cooling the lower food chamber through evaporation.

Today Prajapati’s Mitti-coolers are available in rural Indian villages and soon it would be exported to the African region.

Simplicity is the new mantra for success.

I hope my article would help in giving directions to business owners and retailers in the Middle Eastern region & would force them to think differently and innovatively with their existing businesses.

In case you want to brainstorm and understand Jugaad concept more holistically, you may reach me on riteshmohan@yahoo.com

(Reference book – Jugaad Innovation by Navi Radjou, Jaideep Prabhu, and Simone Ahuja. I thank & salute the writers for bringing out the most unique feature of our Indian ecosystem so creatively and innovatively)

Ritesh Mohan is a passionate retail professional with over 20 years in the retail sector, handling some of the biggest brands in beauty, fashion and fragrances retail & FMCG sector. He has been instrumental in the growth of some of the regional brands as well in the Middle East region. He specializes in Retail management, Product development, Brand management, Retail Operations, Sales Management, Business Management & Empowering business owners with his wisdom & experience of around two decades in the industry.